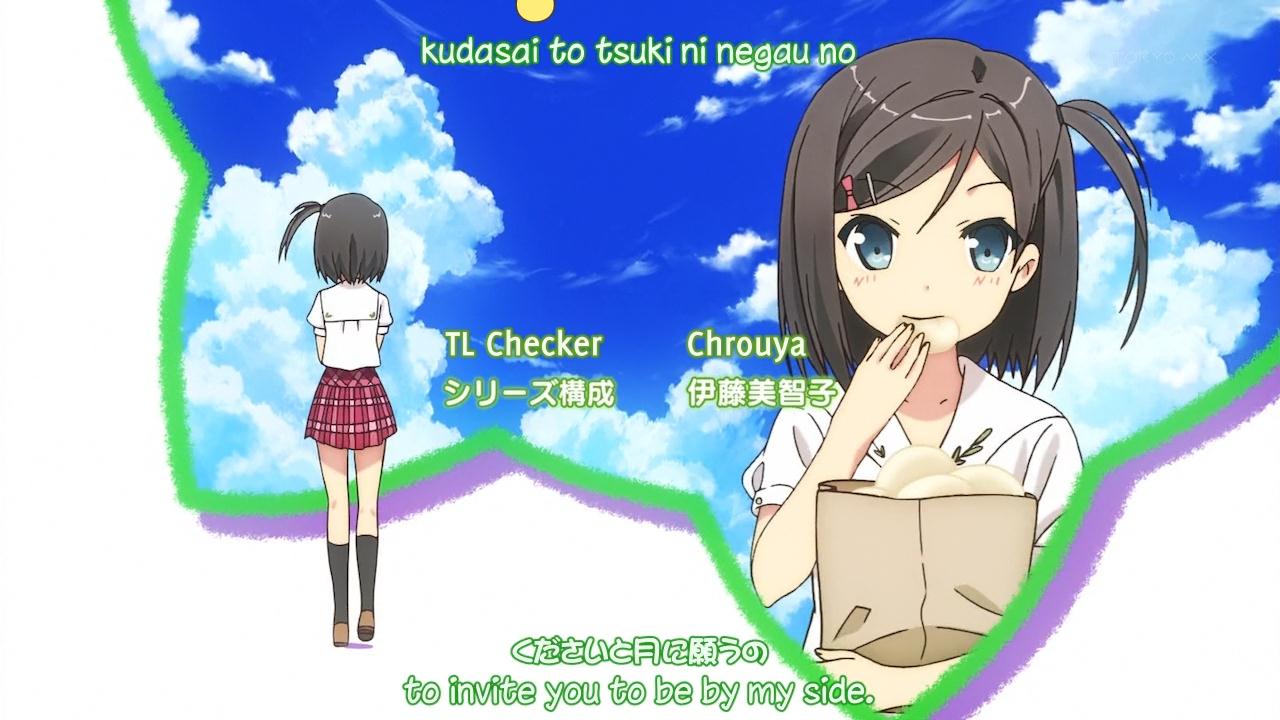 During the first two years of university, I joined several fansub groups as a means of getting more Japanese input. I started off as a so-called TLC (Translation Checker) for Hatsuyuki Fansubs. Whenever people worked on a translation of an anime episode, I would be the second pass to check for any translation errors or inconsistencies. Throughout the years, I expanded my services, acting as a main TL or TLC for more known fansub groups such as Doki Fansubs and Asenshi. Many people requested my help for transcribing new opening and ending songs, something that I became known for in the community. Unfortunately, I ceased activity after starting my exchange program at Kumamoto University, but it was a learning experience nonetheless.

Hayate no Gotoku! Can't Take My Eyes Off You 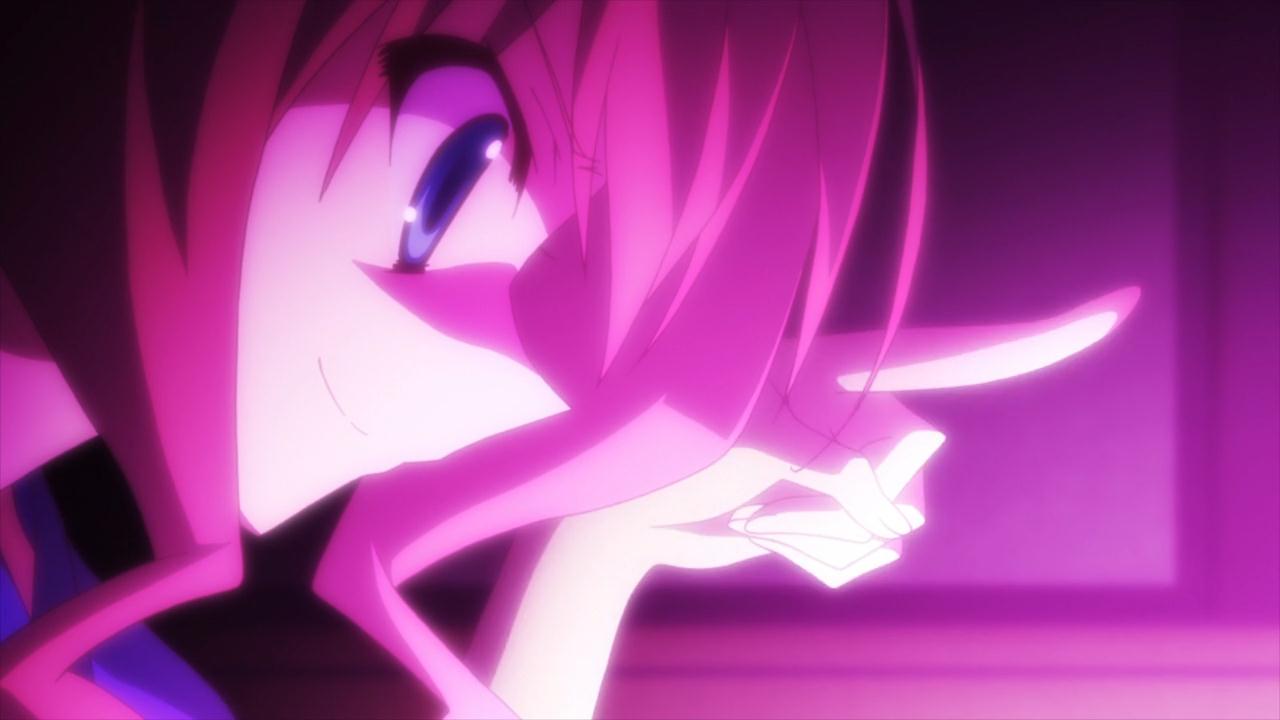 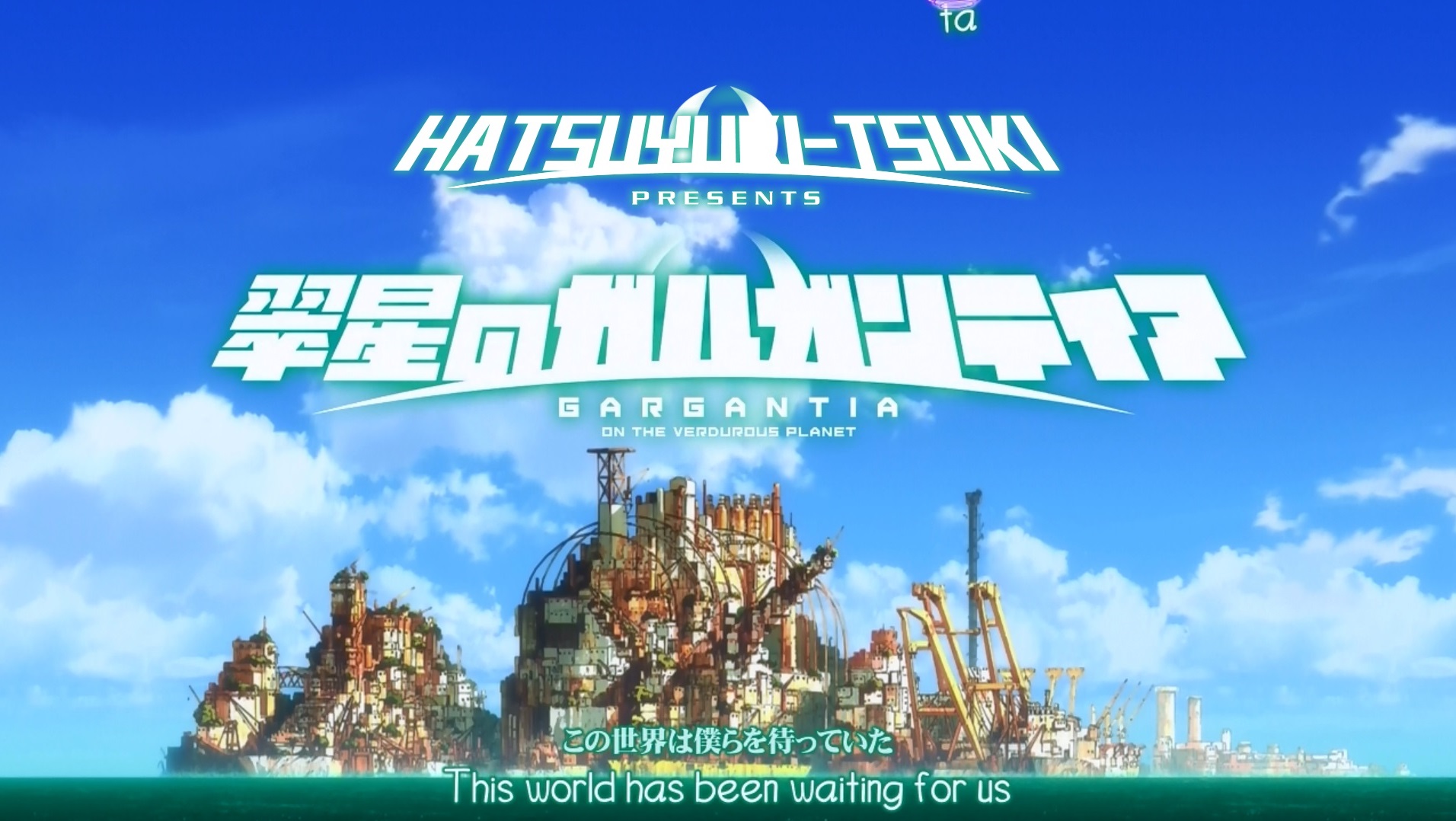 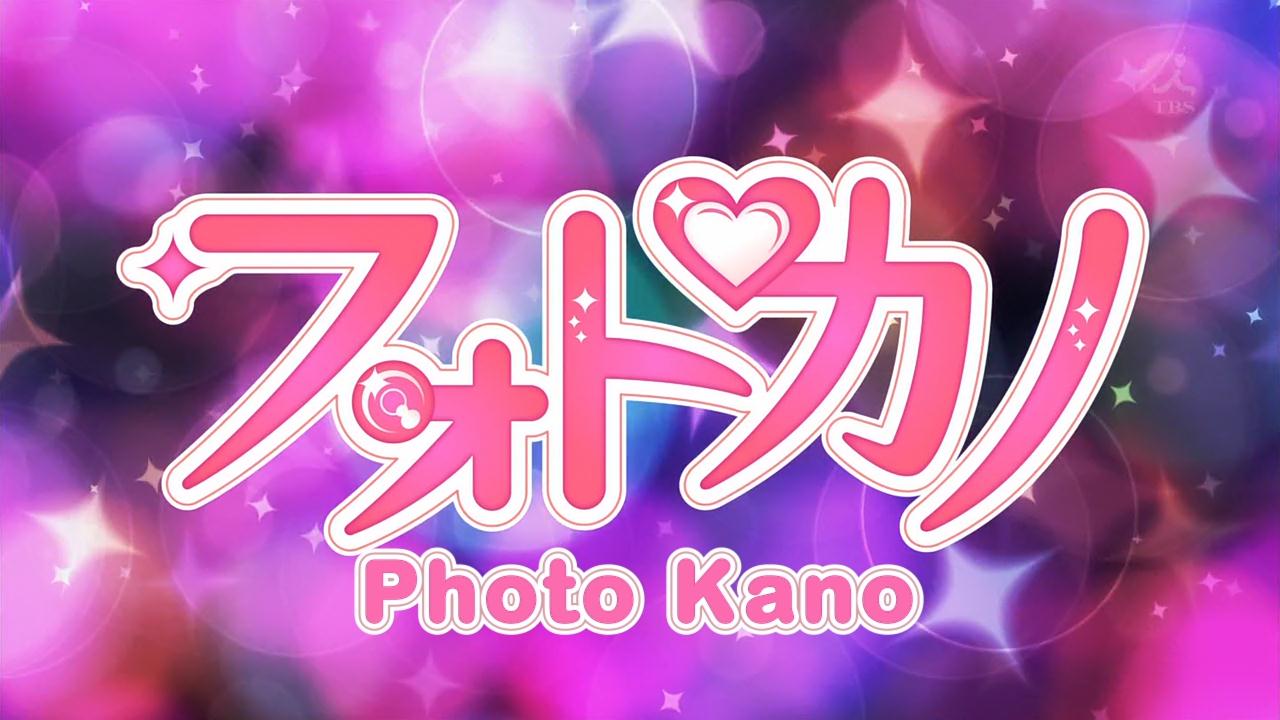 So now that spring is finally here, thank God there's no more snow around. I got out of my deep depression caused by university, so I feel more confident in taking some series, but I'm not pushing myself. Although it may look much, I don't think Little Busters will go any faster after episode 10... Let aside the fact that we're behind more than double the amount of episodes. Haitai Nanafa's second season will probably take some months before I can actually work on it as well due to unavailable raws.

Suisei no Gargantia seems really awesome from the looks of it. Several months ago I was playing this game called Deponia and that had a similar kind of feeling to it: a post-apocalyptic deserted planet Earth, where everyone is living on scrap (literally). I really like this take on the future of our planet, instead of the typical sci-fi lasers and mechas. I admit, I'm not a mecha lover, but I'll still recommend this series despite the existence of them. Also features a new graphics designer, so the characters are all fresh and original.

At first, I was going to aid Hatsuyuki by TLCing Ore no Imouto ga Konna ni Kawaii Wake ga Nai S2, but apparently the translator said he didn't need/want a translation checker. Seems he's had a bad experience of a TLC messing up his script. That said, Doki came with the perfect timing to ask if I could help a new translator with translating PhotoKano. I believe this series isn't too hard with sentences and all, so I figured this series makes the perfect line-up for my projects this season. 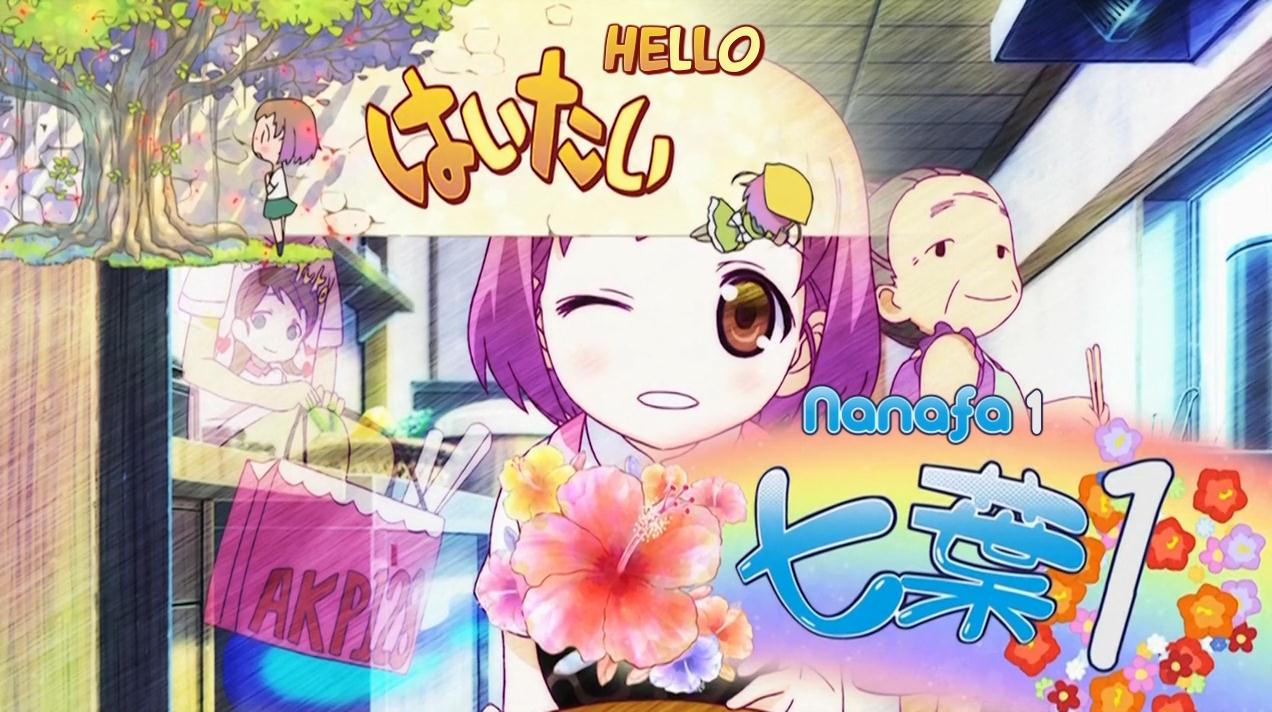 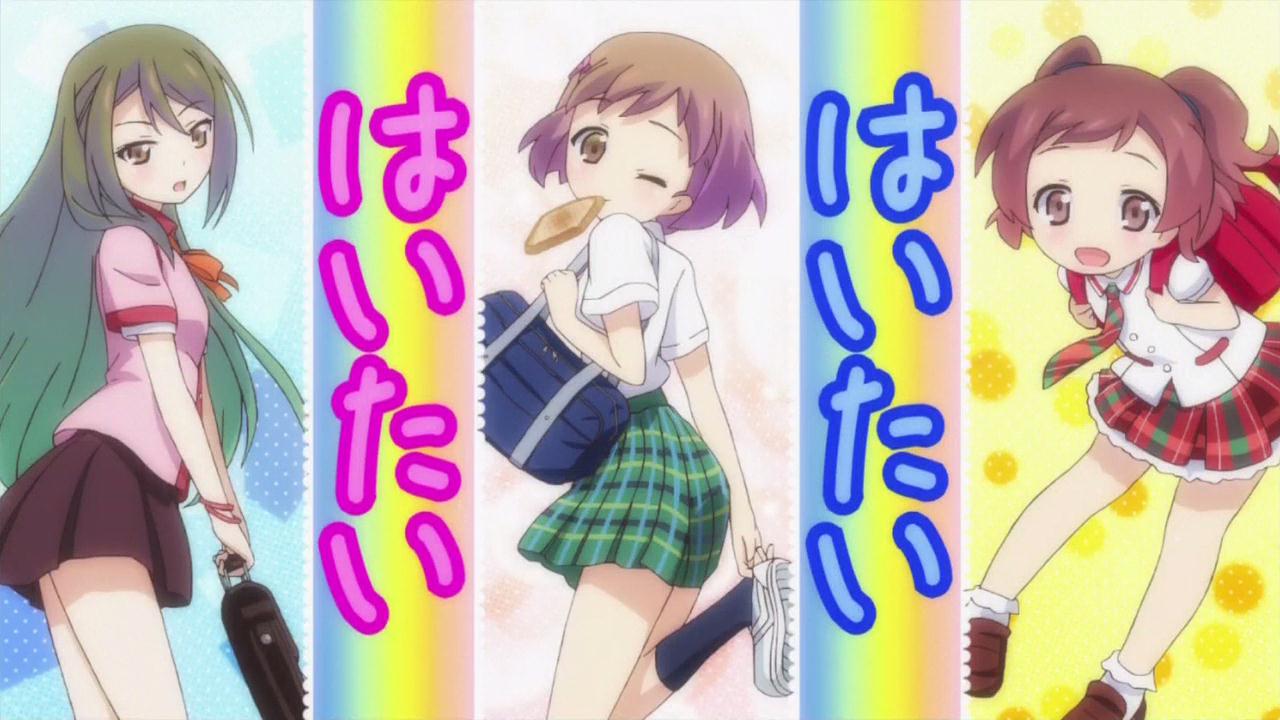 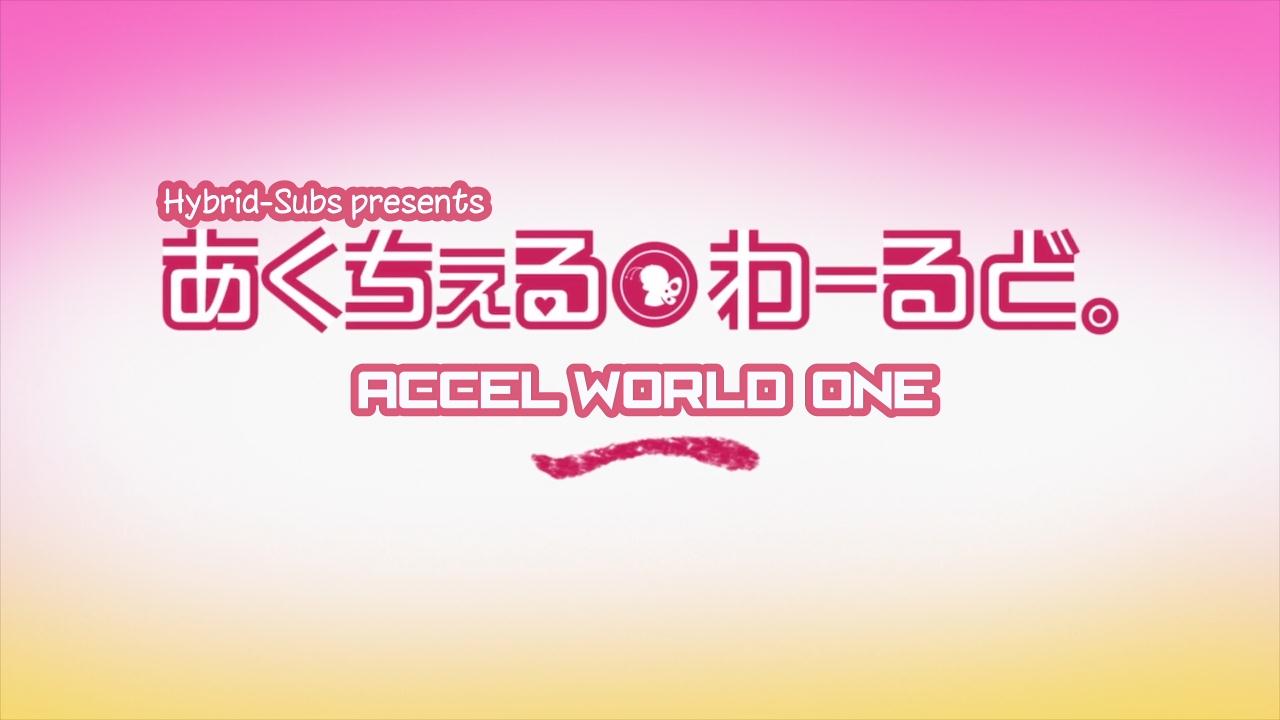 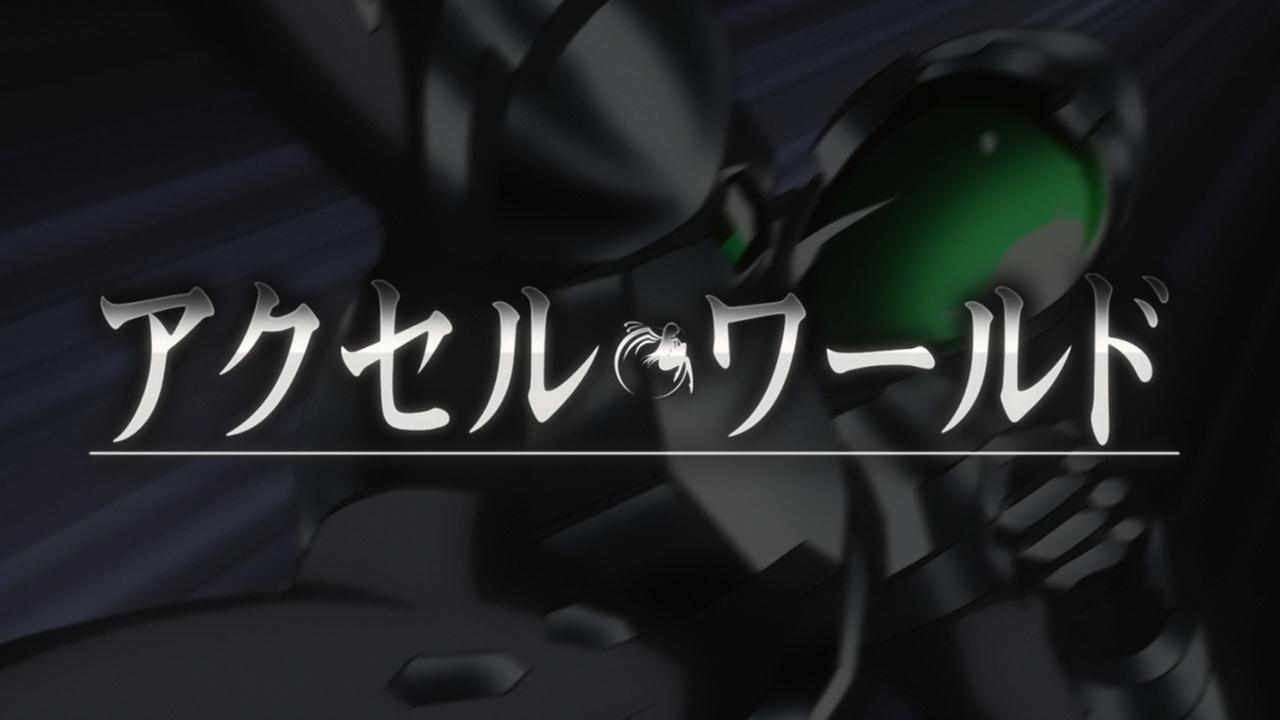 Winter starts, and so does my stress at university. I decided to go a whole different way this time to avoid all the unnecessary pressure, but it ended up being equally as time-filling as taking three TLC projects in a season. From the aforementioned projects, one would expect it should've been less work, but my function has switched to Song Translator for this situation, so in fact I was working on a lot of openings and endings in a single week, just like last season. Therefore, I have no release page for this season.

Translating checking for Hatsuyuki's Little Busters! is still progressing although at a pace slower than a snail. I've considered dropping it many times, but apparently Naruto-kun isn't keen on stopping this project just yet. I don't mind it that much though, since I like streaming my TLC progress on this stuff, while the main translator and editor watch and listen to my feedback.

Haitai Nanafa is a really interesting series which Treize asked me to work on. At first I denied his request because I had to translate something from scratch, but these episodes were (sadly) very short. Since it's an Okinawan production which only aired in Okinawa, it took quite some months for it to appear on the Internet. The artstyle is cute, and so is their dialect. What more should I say?

The final request I got from Hybrid is to work on the Accel World specials. He kept bugging me for days even though I hadn't watched the original series yet (it's not really my type of anime). Alas, I still started working on it in the end, although I needed a TLC to check for terms that I may not be aware of. Luckily, these specials hardly had anything to do with the series itself, besides the EX OVA that I had to TLC. I didn't really like working on this project, but at least it's not that long. 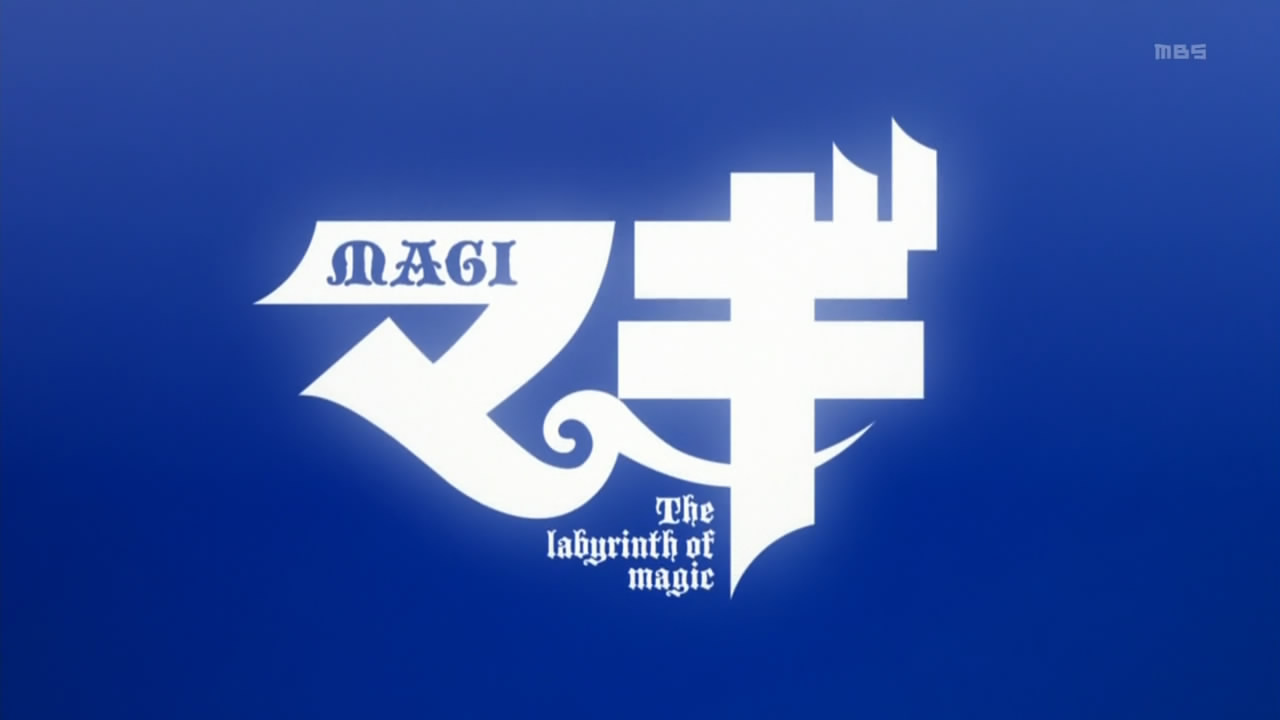 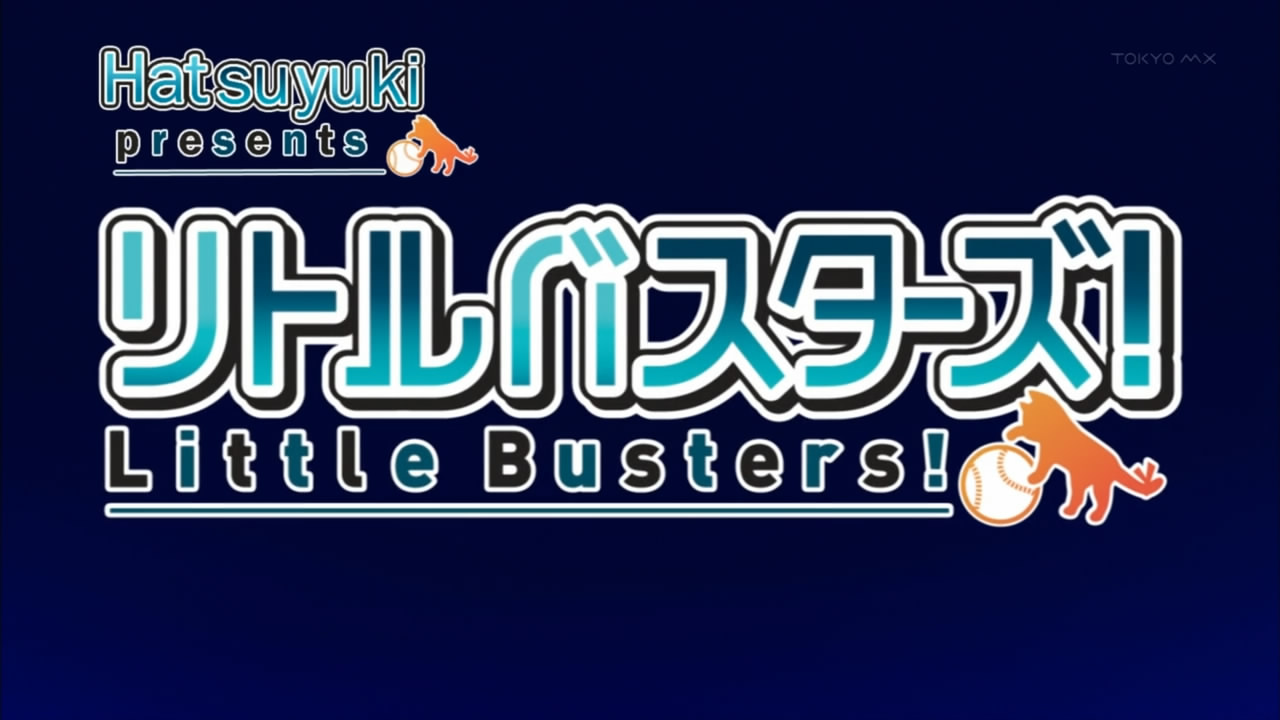 Due to riajuu activities, I'm forced to cut down on translating activities that are not part of my university course curriculum. As being a main translator is really time consuming, I just couldn't continue with Sigh's project of Koi to Senkyo to Chocolate...Although I wasn't the only one being quite inactive. Apparently it was too much of a typesetting hell so everyone quit one by one.

So this season, I'm active in the field of translating lots of openings and endings; in fact, I've translated around fourteen(!) songs at the point of writing this summary. I've even been recruited as a song translator for several groups (e.g. Oni-Fansubs and Kaitou-Fansubs). All right, onto the mere two series I'm working on.

Magi. Or simply said, One Thousand and One Nights in anime style, featuring none other than Aladdin and Alibaba as main characters. Of course, the reason why everyone's watching it is probably because of Morgiana, but never mind that. I picked this series because I haven't actually read the original story before, and it's not really like the rest of the series of this season.

The season that really piques my interest, however, is unquestionably Little Busters! Having played the visual novel when it came out (using translation aggregators), I couldn't wait for an anime adaptation. Now that it is finally being done only around 4 years later, I am by all means very excited...disregarding the producers being JC Staff instead of Kyoto Animation. Then again, Chuunibyou demo Koi ga Shitai is also an awesome anime, so I can't really say they made a bad mistake. From what I've read in several sources, it seems that Little Busters will continue for more than just one season...Although I'm worried if they're doing the right thing.

Koi to Senkyo to Chocolate [Sigh] 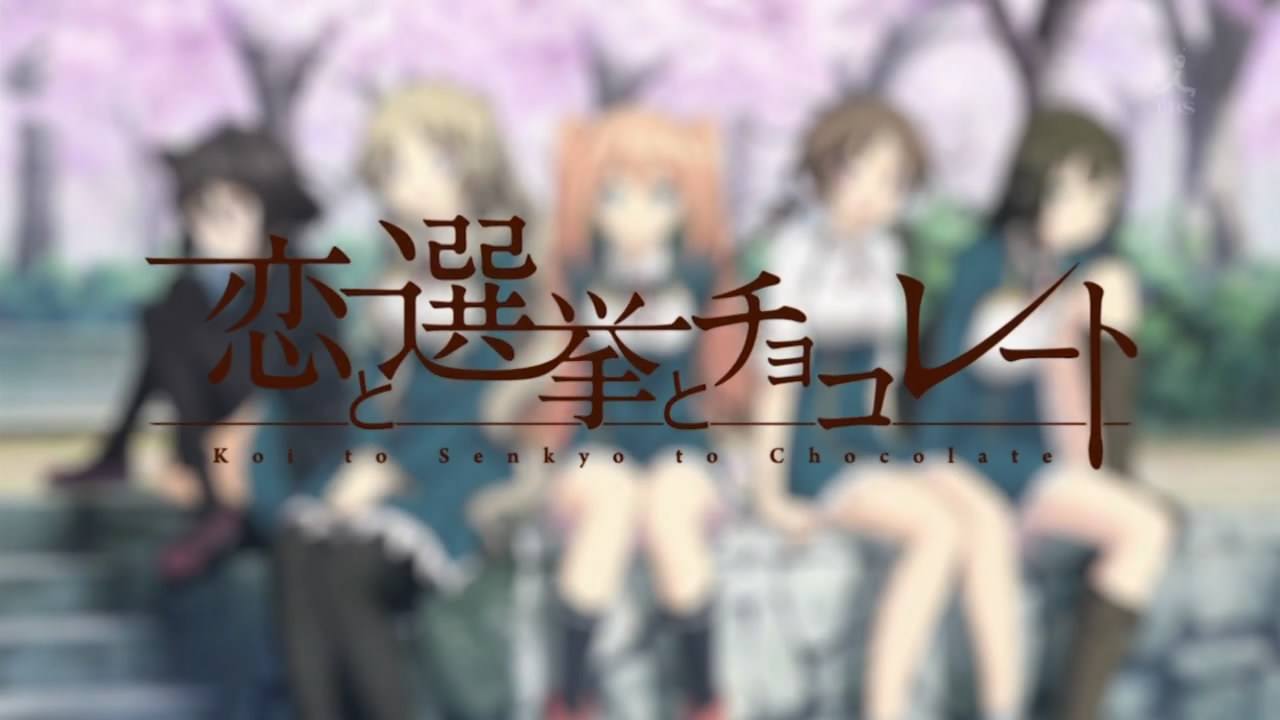 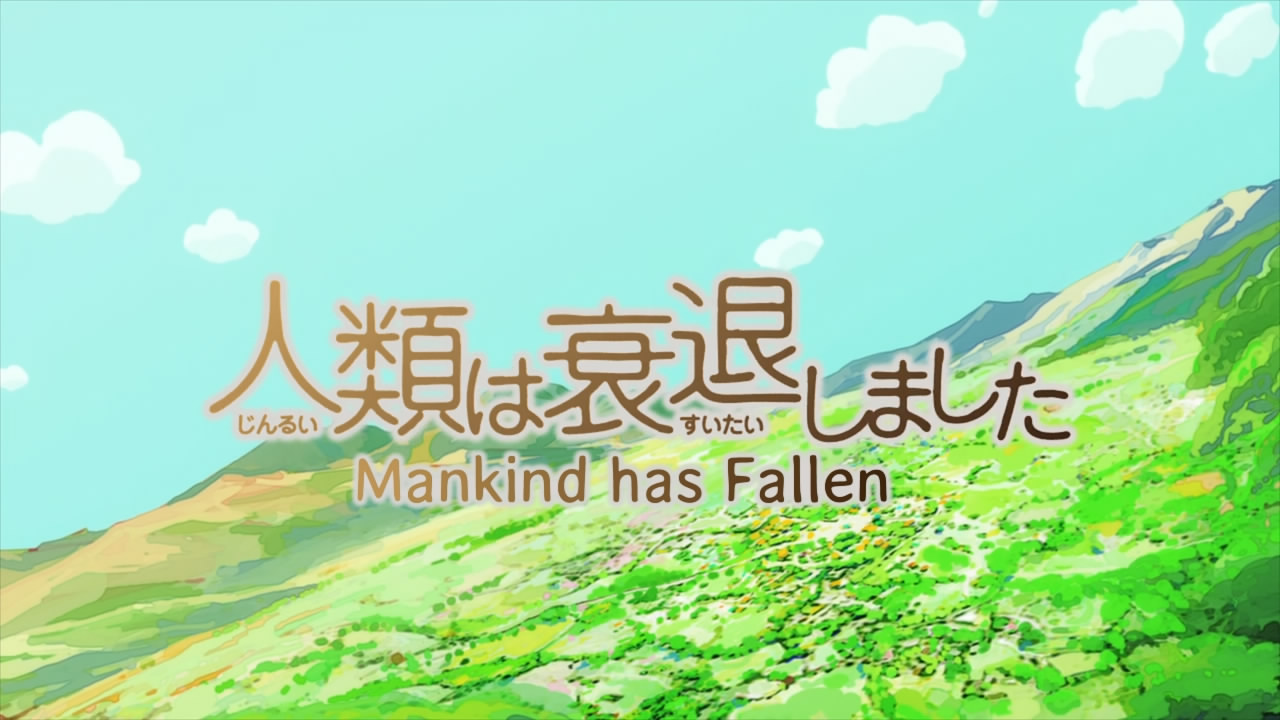 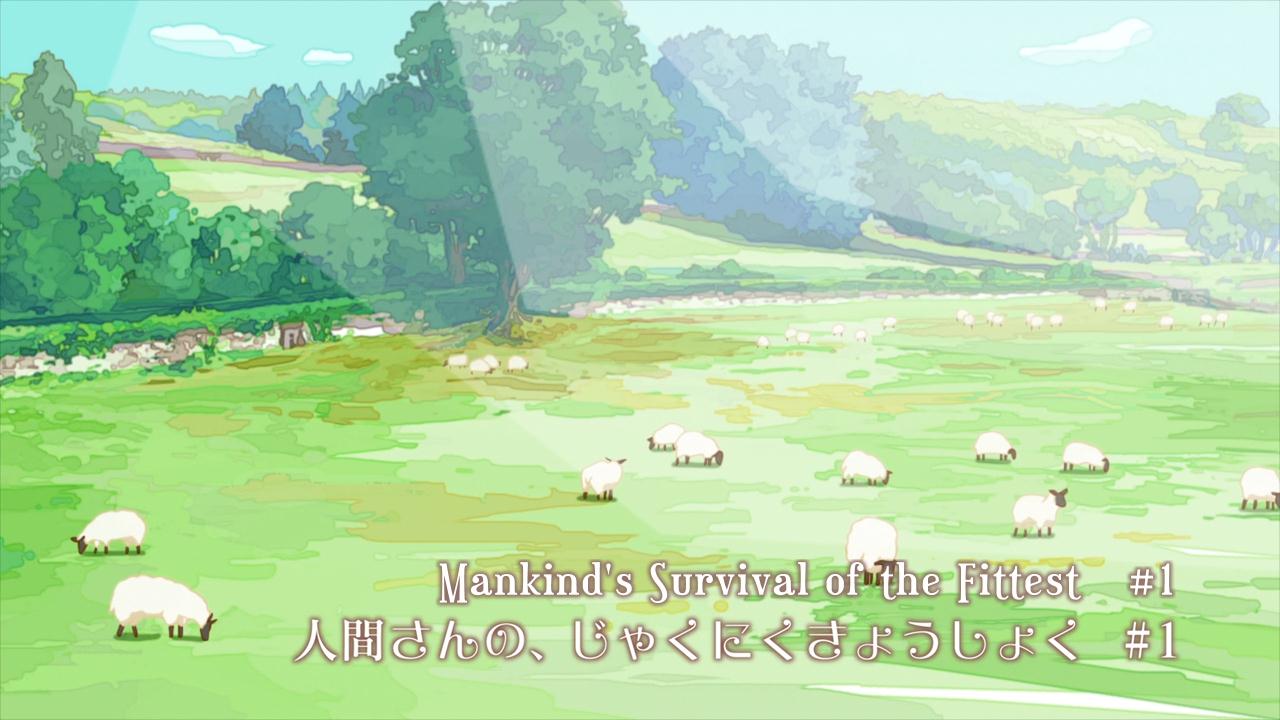 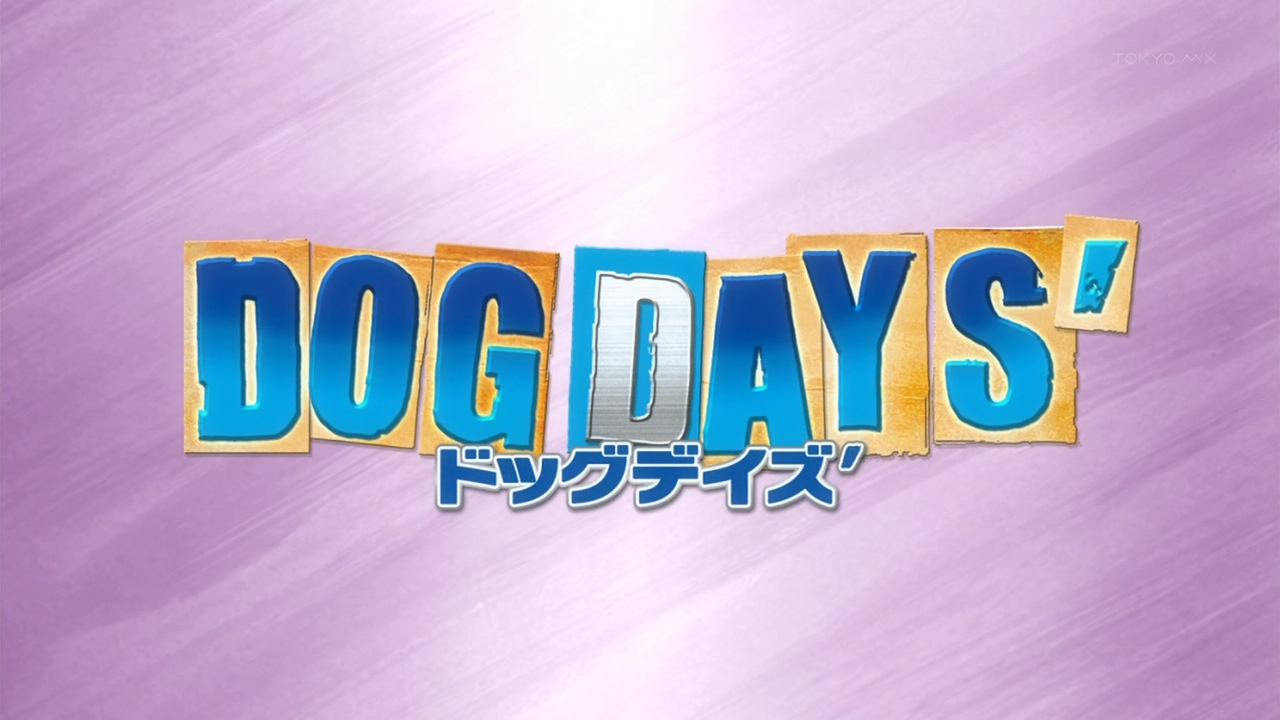 I've been recruited for several other groups this season, actually leaving Hatsuyuki for what it is in the vacation. At first, I had four projects on mind. First of all: Kono Naka ni Hitori Imouto ga Iru! Originally the idea that I'd be checking the translations of Hatsuyuki's main translator, until the guy himself decided to drop the project because of his absence in these holidays. Perhaps I should be glad, because I'm already busy enough with the remaining three series.

Another one that was about to be dropped was Jinrui ha Suitai Shimashita (for AnimeSenshi, known for their AVI encodes), because Crunchyroll was terribly late with the first simulcasted episode. I actually didn't know what this series was about —beside the fact it's a post-apocalyptic themed anime— but I've been positively surprised. TLCing Crunchyroll scripts sure is different from the general fansub translator; only the best of the best can join Crunchyroll. I wouldn't like to translate for a living, however.

Series number three is the second season of Dog Days, done by Doki. Why Doki wanted to do the second season without doing the first? Purely because a whole team wanted to work on it. Apparently they still needed a TLC, and Holo found me due to being their TLC in the Doki-AFFTW joint for Kore ha Zombie Desu ka? OTD. I actually hadn't seen the first season before I started working on the first episode, but I marathon'd it before the second episode. I have to say, it sure is a happy world out there in Flonyard.

And last but not least, I'm the main translator for Sigh's take on Koi to Senkyo to Chocolate. Sigh Subs is a newly created group, so there's not much to say about their history. At first I'd wanted to be the TLC for this series, but the other translator was too busy with their release of SAO. Due to the release candidate being available around midnight for me, it was suggested that I translate half and half with the other guy. Unfortunately, because our releases never made a release within 24 hours, I've been stuck as the main translator for the whole episode (but I have Japanese closed captions). Not that I'm disappointed or whatsoever, since it does make up quite the amount of translating experience. But you'll have to sacrifice time for it. A lot. 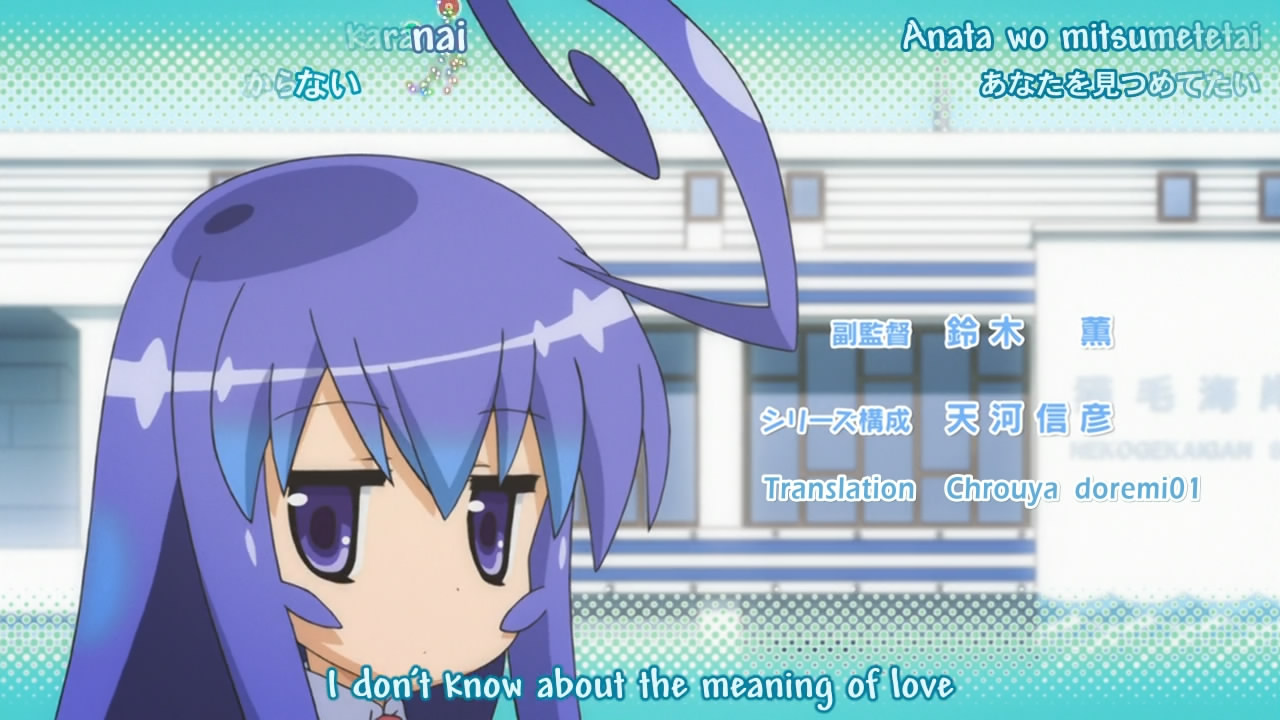 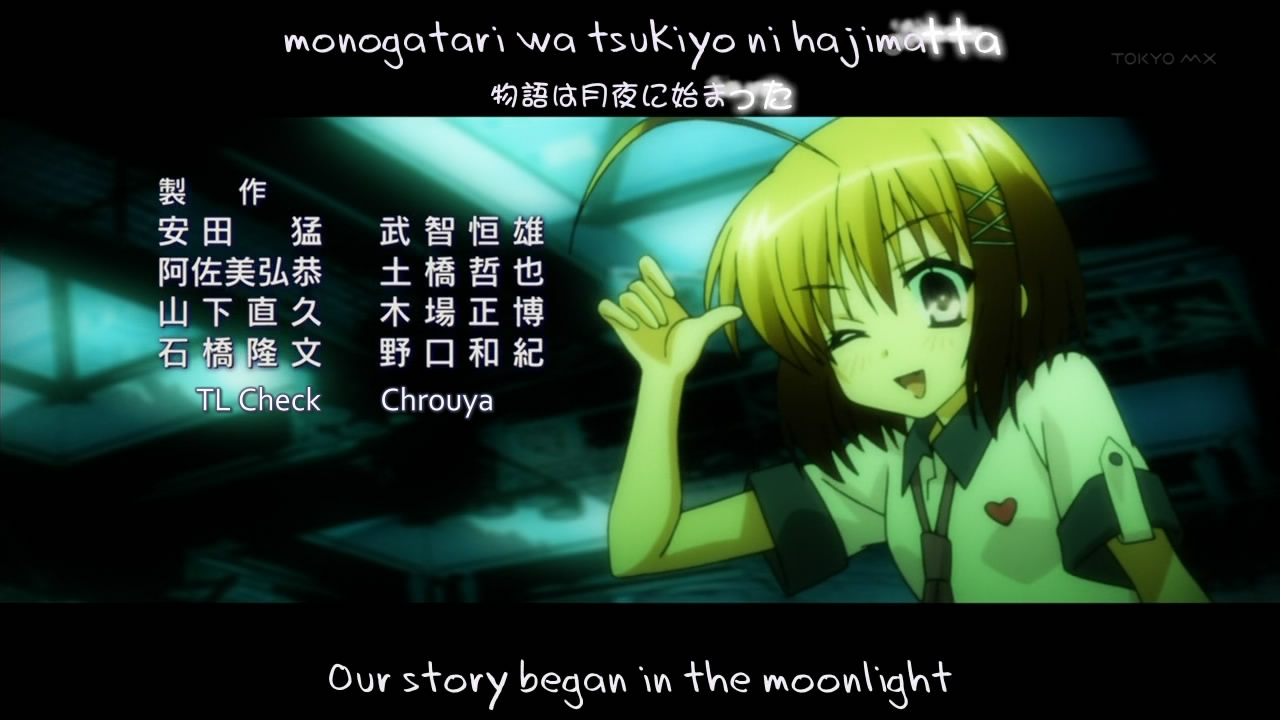 Still being only the translation checker for Hatsuyuki. At first, I tried taking on Acchi Kocchi as my very first project I had to translate from scratch. Realizing this took too long, I was later switched, in order to check someone else's translations. Due to finals and papers, we got caught up in a giant backlog, so this series stayed a bit untouched. The alternative TL wasn't too active either — not to mention he does not use IRC, thus making contact with him almost impossible — so we did not hurry for this anime. After all, our rival Tsumiki was a group that was explicitly translating only that series.

Another series I worked on was Kore ha Zombie desu ka? OF THE DEAD. The series is not one of the easiest series to translate. Once per episode, there's a dialogue containing much useless terminology. Making up cuss words for Sera is a tough job as well. Or what about Chris, who's always talking with a drunkard voice which is incomprehensible for even Japanese natives. I did have fun working on it, nevertheless. 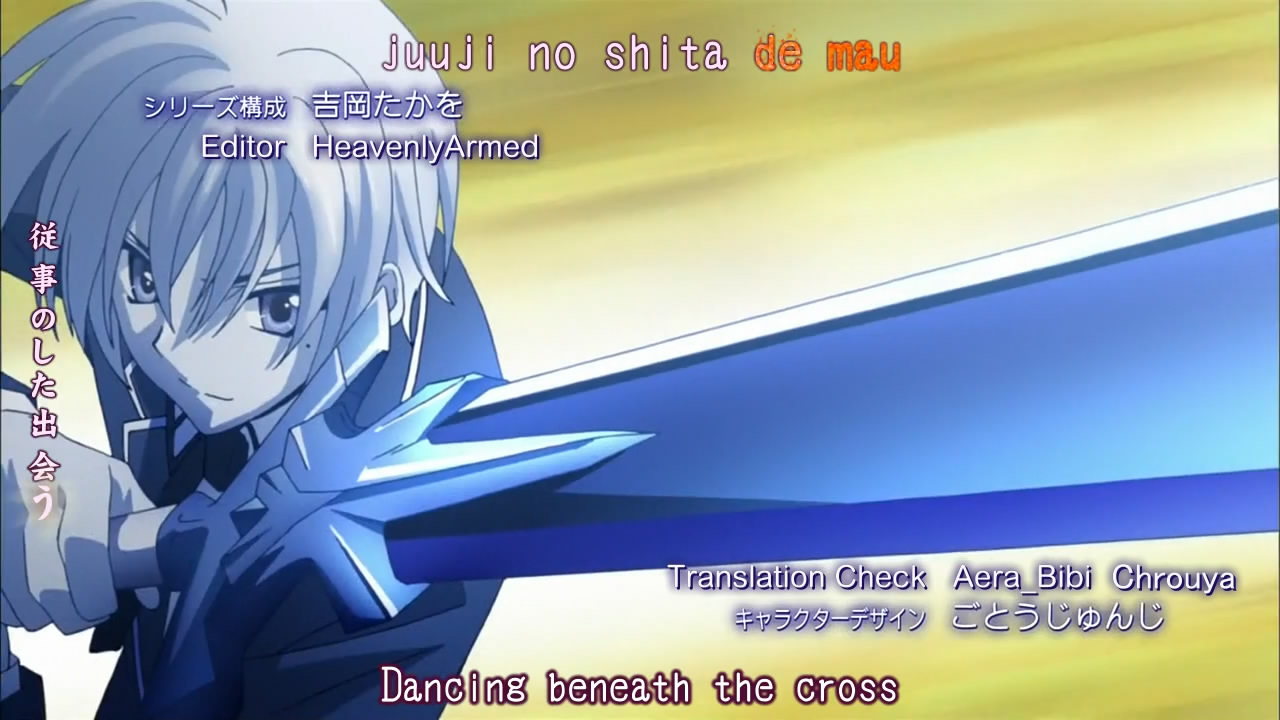 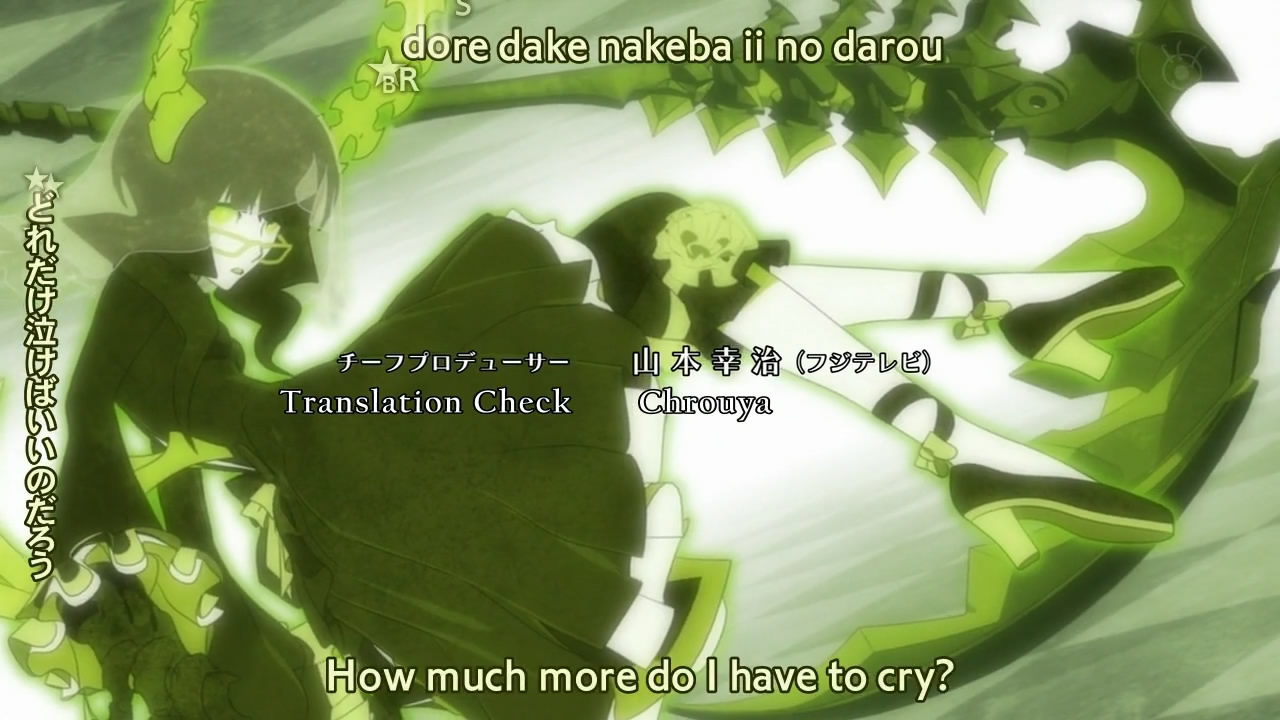 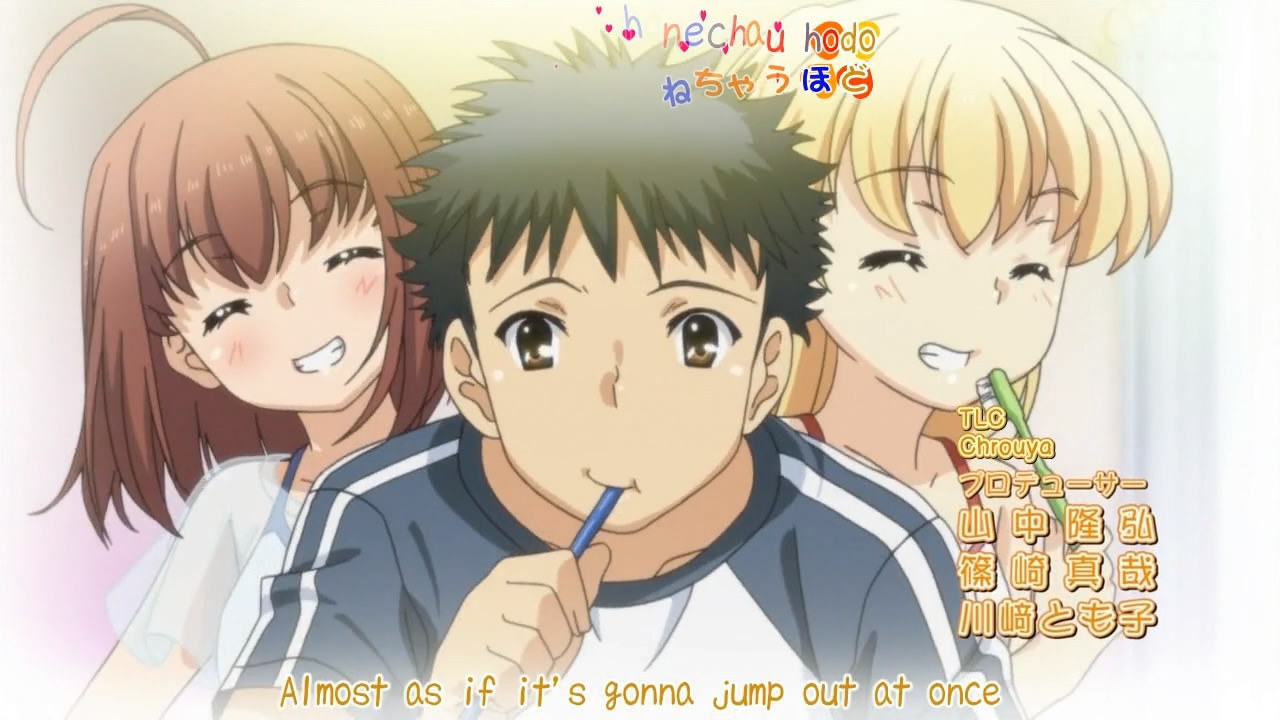 How glad I was, when I was accepted in the staff channel of Hatsuyuki. I remember failing my High School DxD episode 4 TL test, but they did appoint me as their TLC afterwards. The reason they still accepted me is because it wasn't really a test. High School DxD 4 wasn't translated yet, and they were fishing for translators.

I am really happy that Hatsuyuki is beginner-friendly, although it seems they've received quite the reputation for that. Mediocre quality...But the infamy is not as bad as "the-fansub-group-that-must-not-be-named", and I can live with that. In fact, I'm rather doing this just for fun and I also want to increase my Japanese reading and listening comprehension.

Now that I realize it, I've been working quite a lot for Hatsuyuki. I've TLC'd most of the episodes of HDxD after I joined; it was not a series I particularily liked, however. Soon, I was allocated for Black Rock Shooter (the anime series) as well, which had some terminology but not as much as HDxD. Lots of fighting scenes decrease the amount of work as well. And last but not least, I had to replace one's role as TLC because the person in charge was absent. That can always happen. We're not the fastest releasers, but we don't want to be that far behind. Think of the audience watching our version!

In high school, I did a small attempt at scanlation so here it is.